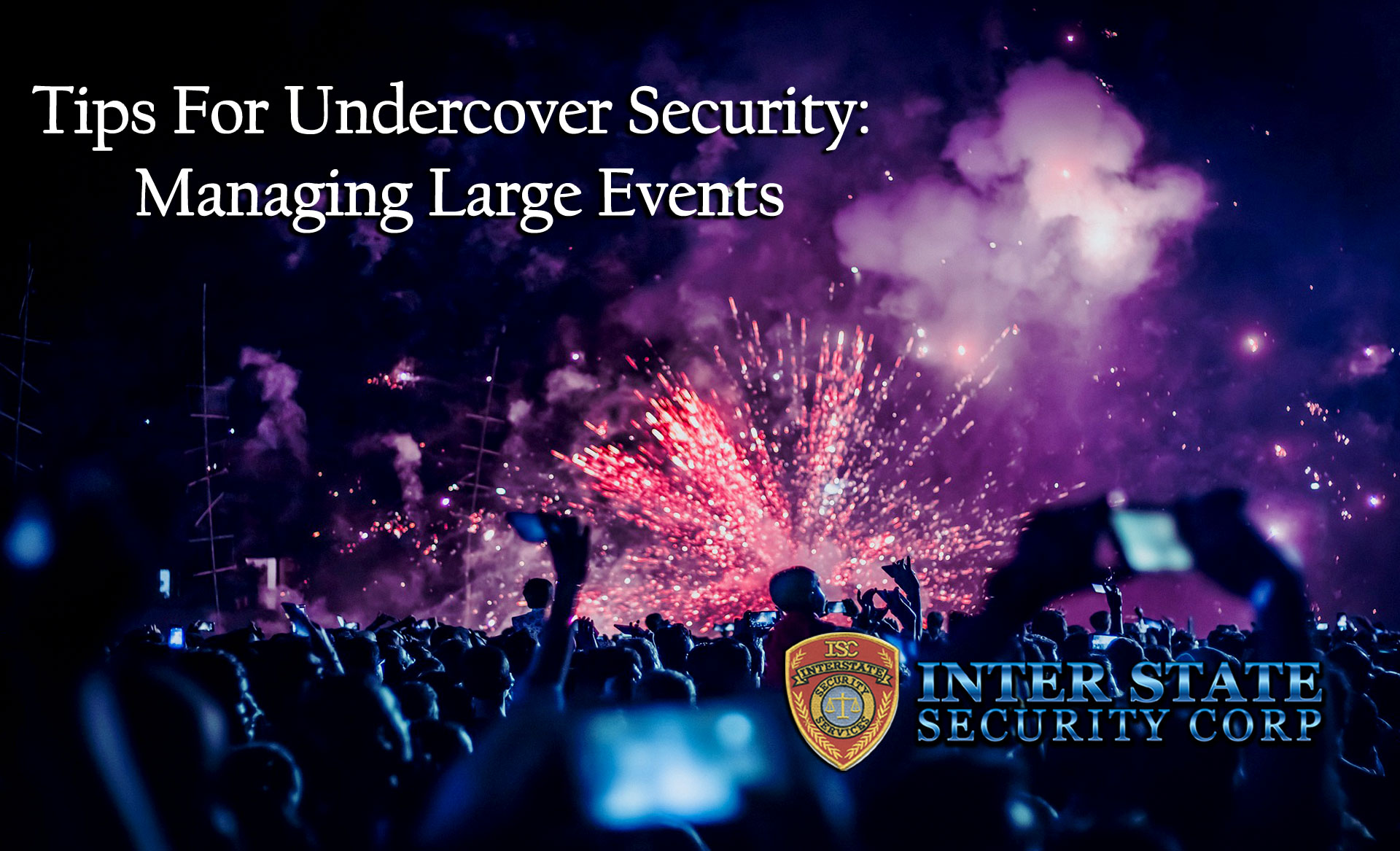 Gathering large crowds of people will always create a high security risk environment. Sometimes the presence of uniformed security at a social event may be too intimidating. Consider undercover security as an option.

Undercover security officers blend in and keep an eye out for anything that would put the guests at risk. They act quickly to observe, deter, and report anything that could cause trouble.

Successfully covering all the potential risks associated with a big event takes planning beforehand. It also coordinated team execution on the day. Undercover officers follow meticulous procedures to ensure the safety of the guests. Here are some of their protocols.

Different events have different security needs. A concert by a world-famous popstar carries a higher risk than a senior dance at the local school.

A security company will prepare for the worst-case scenario. For an undercover security team, this means assessing what type of risk they are dealing with based on:

Before the event, a security company will draft an emergency response plan with detailed instructions for in case of an emergency or disaster.

The plan should include:

Hiring a reputable security company will ensure that the staff assigned to your event have been carefully chosen and screened. Inter State Security officers are fully screened, trained, licensed, and insured. Moreover, we’ve been protecting South Florida residents for decades.

Staff members working the same event should be introduced to each other and know who all is on the team, especially as they aren’t wearing a uniform for quick identification.

Undercover staff should wear a unique identifier, such a stamp, T-shirt or wrist band. Their identifier must be given to them just before the event begins to prevent outsiders posing as staff.

Why Use Undercover Security at A Big Event?

Some may argue that it’s better to use uniformed officers to be a visible deterrent for potential criminals. Undercover security officers fulfill a different role at big events. Here are some of the things that they are able to monitor more effectively than their uniformed counterparts.

Undercover officers who mingle with the crowd are much more likely to be in a position to curb drug activity. Users aren’t their primary focus as much as those who are supplying drugs. Dealers are careful around uniformed officers but are less so around undercover officers.

Guests may try to access restricted areas at times, for example fans going backstage at a concert to meet the artist. While they’re in a restricted area, they’ll be careful to avoid uniformed officers, but may not think twice about the undercover officer. The undercover security officer will be able to assist them.

Undercover personnel are a line of protection for people who aren’t ready to be bombarded before or after their event. Lastly, officers who are undercover form an informal guard around the artist to protect them from unwelcome attention.

Planning for a security presence at your large event is vital to the smooth-running success of your occasion. Going undercover will add an extra layer of protection that will give you peace of mind.