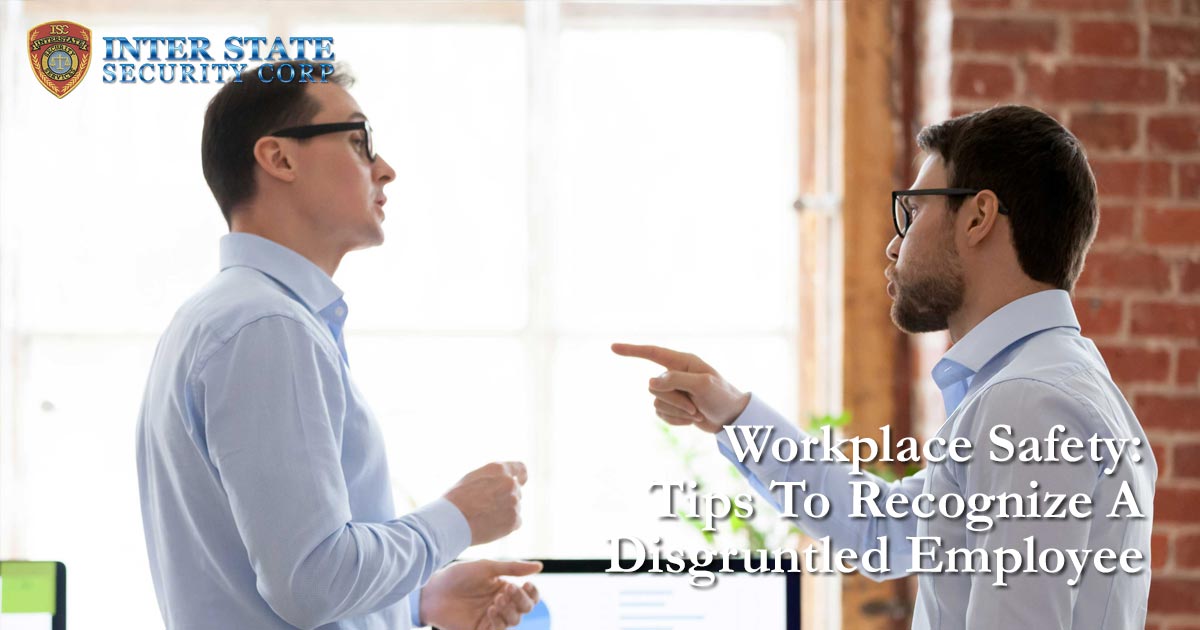 According to research by Gallup, 70% of employees are showing up to work uncommitted and disengaged. What’s more, 18% of employees are actively working against their employers due to being so unhappy in the workplace. A disgruntled employee is more serious than you think, as although 18% might not seem like a lot, that one employee may affect the working ability of others around him/her, in turn negatively impacting the company itself as well as the workplace safety.

Behavioral Signs of an Unhappy Employee

It is important to recognize the signs of unhappy behavior as early as possible. If things go unnoticed for too long, an angry employee may act out in a hostile manner at any time, putting other employees at risk and potentially affecting the company’s reputation. Look out for the following behavioral patterns:

Remember, some employees can be naturally quite pessimistic, but not all of them start out that way and can progress to being very unhappy over time. Sometimes the changes in behavior are so slow or hidden that it isn’t easy to notice a steady decline in happiness. It is important to monitor the patterns of behavior and work performance in employees, as some employees may be close to a breakdown without anyone knowing, especially if this employee isolates him/herself.

Looking after your employee’s wellbeing is essential to preventing this kind of problem, but sometimes it is too late, and employers need to look toward security services for the sake of workplace safety. A general security presence can diffuse any potential problems, such as safeguarding against employee theft, preventing tardiness or threats, and keeping piece of mind in general. Inter State Security provides a variety of safety and security services that can provide both surveillance equipment and security officers for any of your security or safety needs.