Get The Facts On The Importance Of Security Services 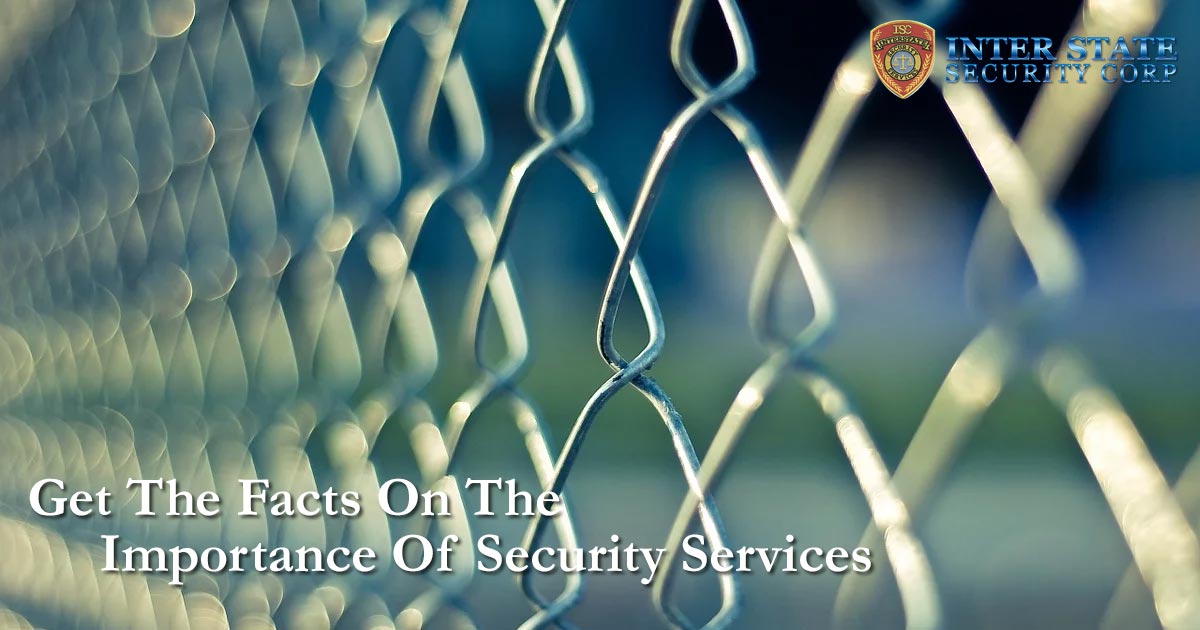 The statistical analysis of robberies and break-ins are a stark wake-up call. In 2018 in Florida alone, 16,862 robberies were reported, according to the Florida Department of Law Enforcement. Nearly 40% of these robberies involved a firearm. With the current under-resourced state of law enforcement today, it seems more likely now than ever that crimes may happen on your property. However, security services like Inter State Security Corp may be able to deter this from happening and put your mind at ease.

From 2017 to 2018, both burglary and robbery continued an overall declining trend in the U.S., according to FBI statistics. However, 1.2 million violent crimes were still reported in 2018, with robbery accounting for 23.4% of those offenses. This means that many Americans constantly and are rightly afraid that their homes and businesses, or those of their loved ones, may become part of another robbery statistic. This sobering reality creates a need for crime deterrence that many private security companies seek to fill.

Homes Are At Risk

Approximately 65.5% of burglaries occurred on residential properties in 2018, which can be a violating and frightening experience for those who live in or rent the home. Historically, rental homes are more often subject to burglaries than homes whose owners live full-time on the property. It is important to acknowledge, though, that burglaries can occur during the daytime when someone is home, and regardless of location or homeowners’ diligence in securing their property. Burglars often attempt to enter the property through insecure points of entry such as unlocked doors or windows, but nearly 57% of burglaries reported in 2018 involved forced entry, which further emphasizes the unfortunate truth that burglary can happen to anyone.

People lose billions of dollars each year from burglaries. In 2018, the FBI estimated that victims of burglary lost a cumulative $3.4 billion, with the average amount lost during each burglary reaching nearly $2,800. For robberies, residents experienced nearly $4,600 worth of property loss, according to 2018 numbers from the FBI. Often, homeowners do not see their property recovered, with only 26.1% of stolen property recovered in 2015. These staggering amounts represent the threat that homeowners and business owners still face, even as the overall trend in burglaries and robberies continues to decline.

Anecdotally, people generally know that seeing and being aware of an increased security presence is likely to deter crimes. People set up neighborhood crime watches and place signs around property warning that they have dogs or an automated home security system. It has further been observed that police presence makes people less likely to commit crimes. However, there is now additionally scientific evidence to support the idea that the presence of uniformed guards, who are not necessarily police officers, may actually be effective in reducing crime.

A 2017 study published in the National Institutes of Health analyzed how the presence of uniformed, unarmed security guards patrolling a public area impacted crime rates in that area over a six-month period. The experimenters found that a greater and longer presence of security forces patrolling an area led to a statistically significant 16% reduction in crimes committed, compared to control areas. The study concluded that the reduction in crime contributed to the argument for private policing as a method of crime prevention.

Private security companies like Inter State Security Corp employs highly-trained uniform guards to protect your property. If you would like to know more about how the presence of our private security guards can deter criminals and keep you and your property safe, visit our website and contact us today.