A Look At Public Law Enforcement and Private Security Companies 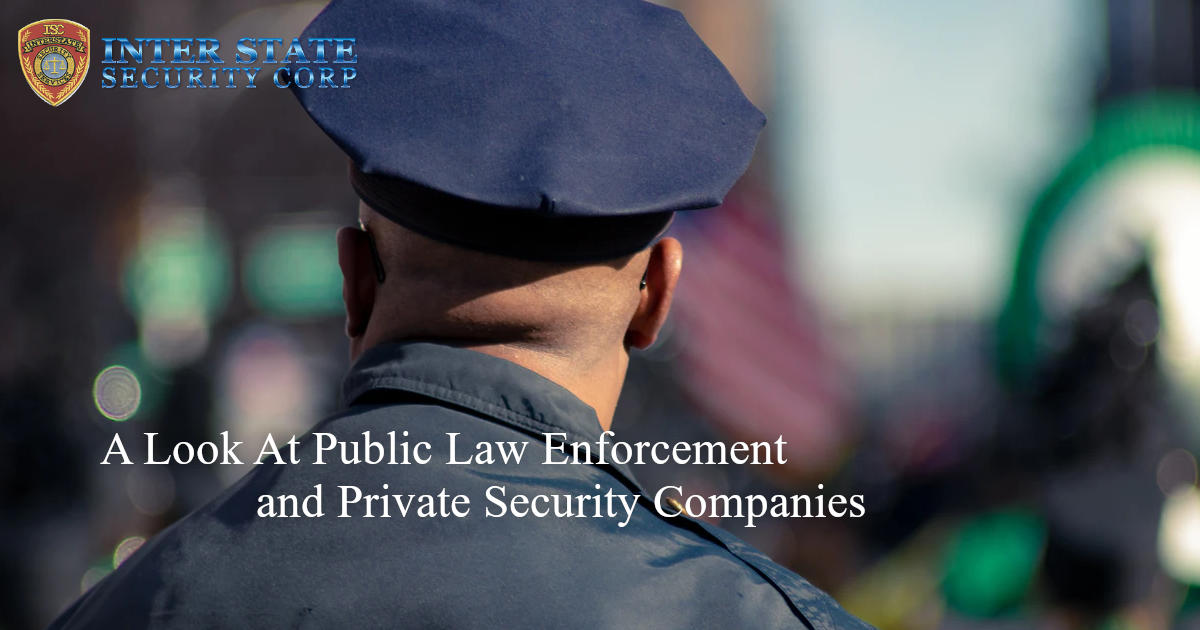 Every month, taxes are allocated to paying the salaries of public law enforcement whose job is to keep crime at bay. However, there are instances when additional, alternative security measures are required. In these situations, private security companies are able to help deter potential risks.

In theory, both security measures are important cogs in the safety of society. Understanding the main differences between the two will help to differentiate the various roles that they play.

Police and prosecutors fit the role of public law enforcement, with police representing civil authority. They maintain public order and safety, ensuring that the state law is enforced when necessary. This is done by preventing, detecting, and investigating criminal activities.

Effective private security companies, such as Inter State Security, are hired on a private basis to observe, report, and deter security. This is typically done by following certain state regulations.

There are small nuances that differ between the two forms of security, pivoting mostly on authority, sensitivity to legal ramifications, and the scope of protection.

Private security has a lot more authority on private property than police as they are often hired directly by the property owner or manager. Their services can be tailored to the needs of their employer.

In contrast, even off-duty police hired for security has to follow certain rules and guidelines as imposed when on-duty. Most noticeably, the 4th and 14th amendments govern the actions of the police.

Public police are trained in the use of armed weapons and, as news stories will tell, these firearms are often misused. In addition, police are also limited by their responsibility to the “criminal realm”, preventing them from becoming involved in civil matters.

Public police are limited by government restrictions, especially on private property, which reduces the security options that they offer. They are also limited by their access to security tools, but private security is trained in a variety of technological assets.

Overall, public police and private security are both called to observe, report, and deter crime in their own capacity. Private security has more authority on private property and, in many ways, are more incentivized to perform well for their client. As neither their job nor their salary is guaranteed or fixed.

Police, on the other hand, are more restricted by the government. However, they are known to be better trained than private security in many instances. When hiring professional and experienced security from an established organization, such as Inter State Security, then you can be assured that training has been executed at the highest level.